History of the Library at Sabaragamuwa University of Sri Lanka 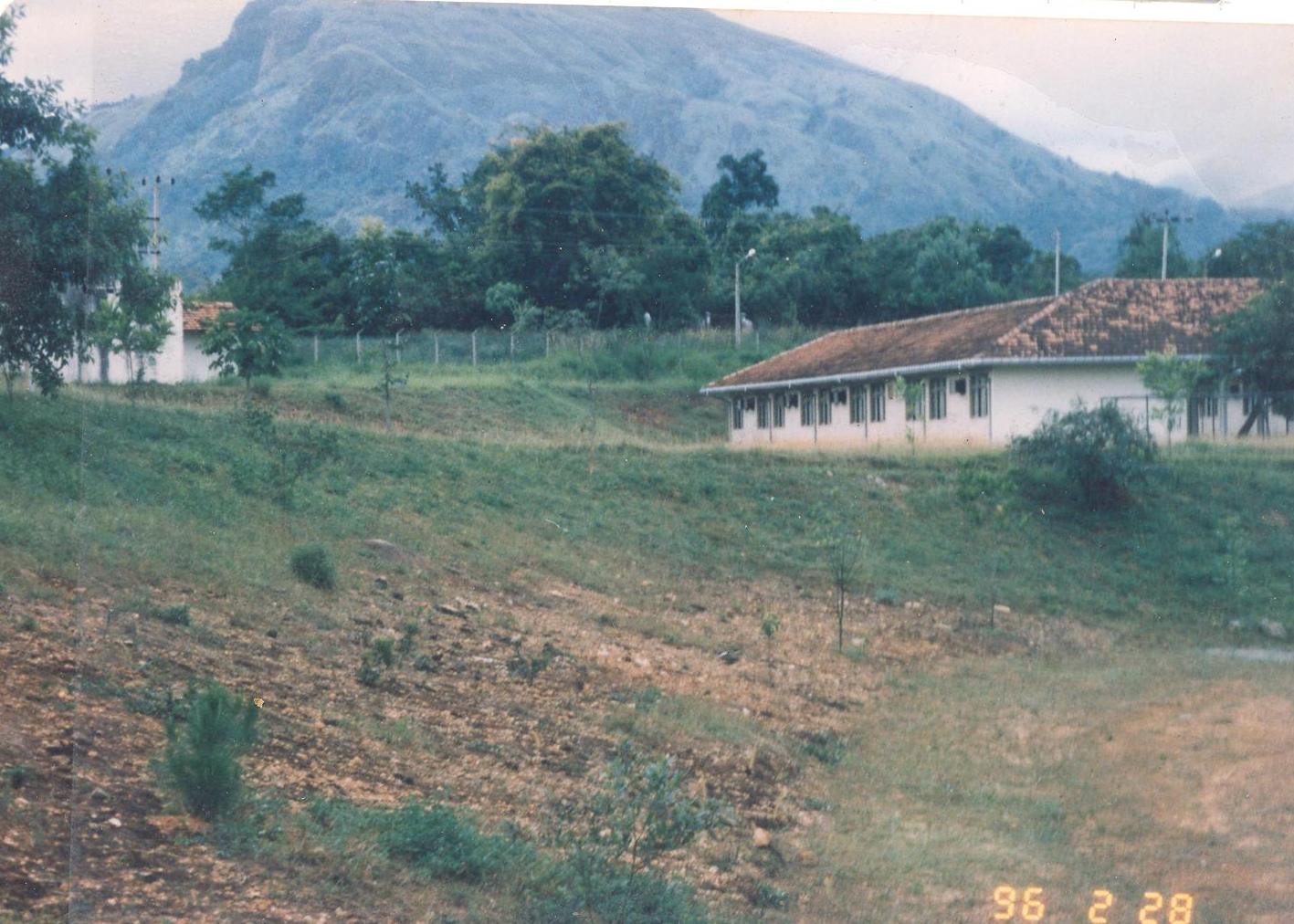 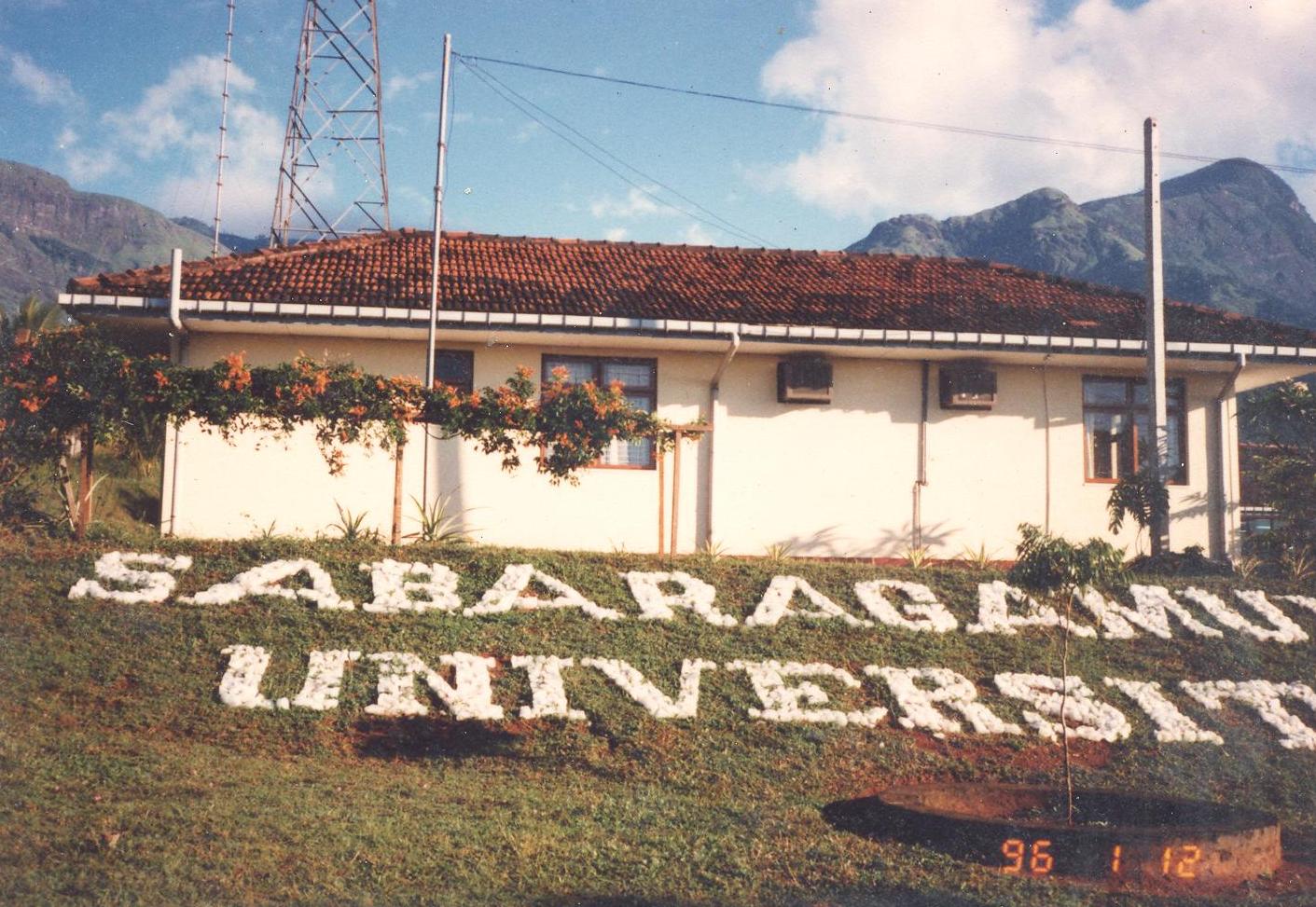 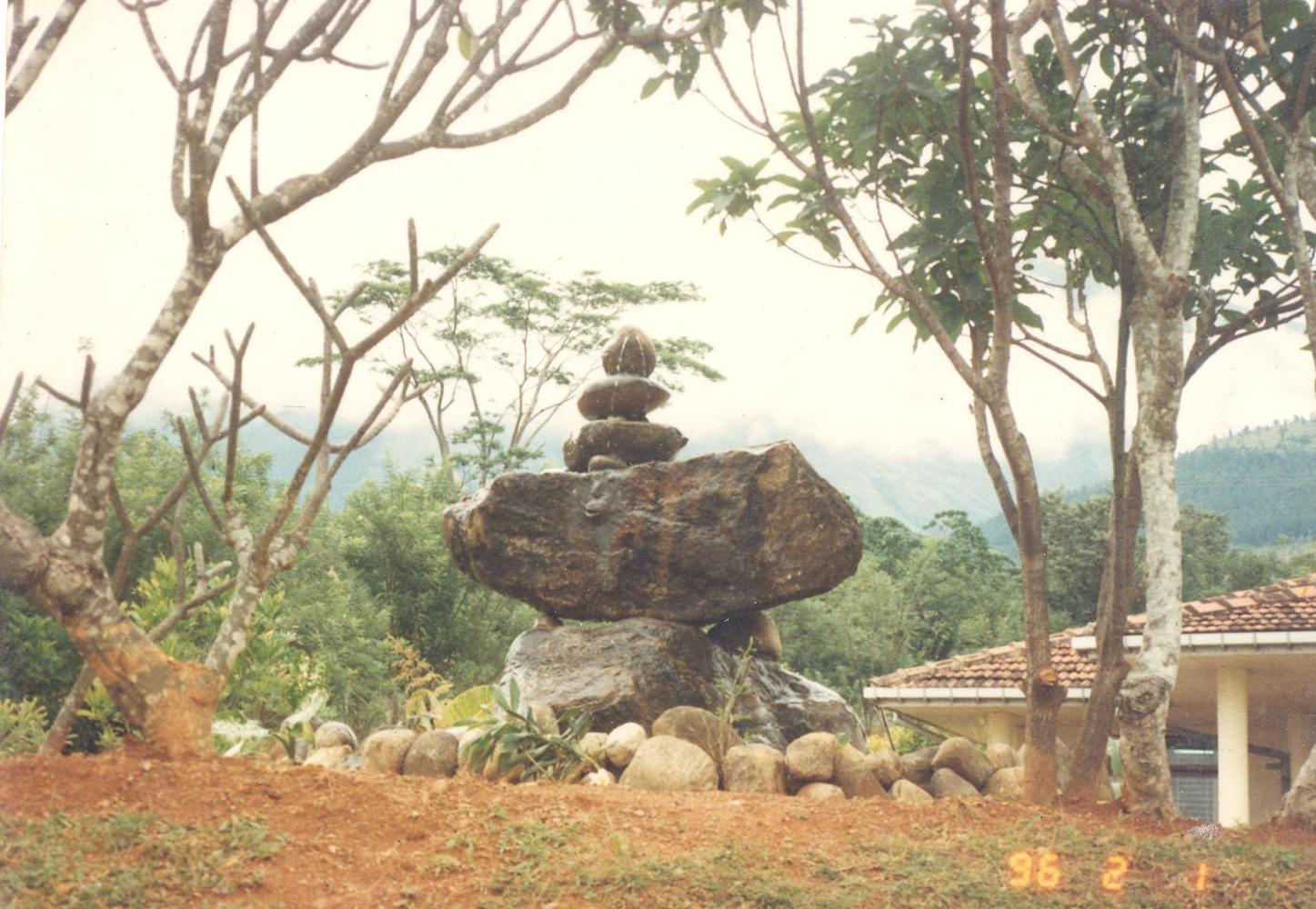 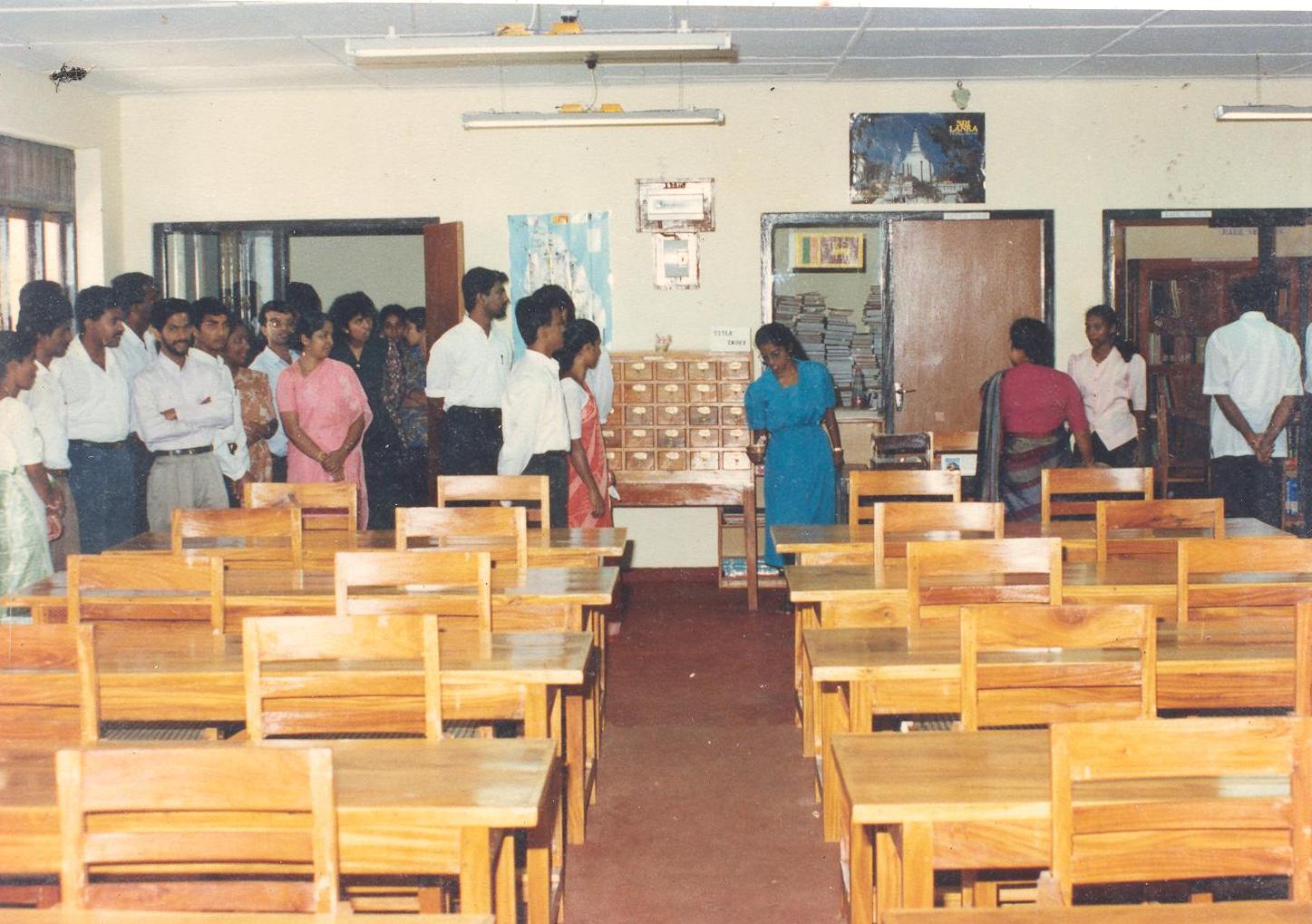 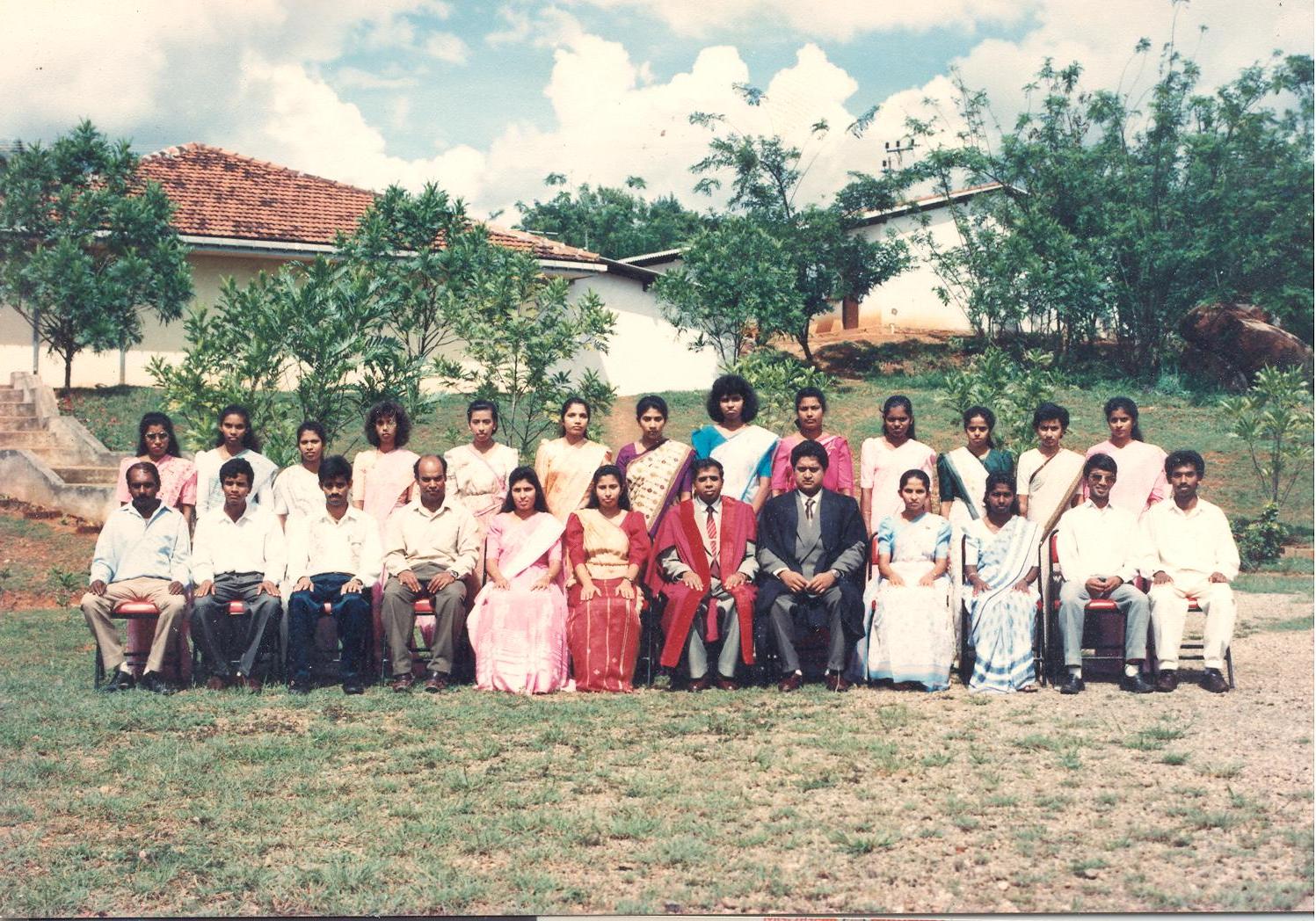 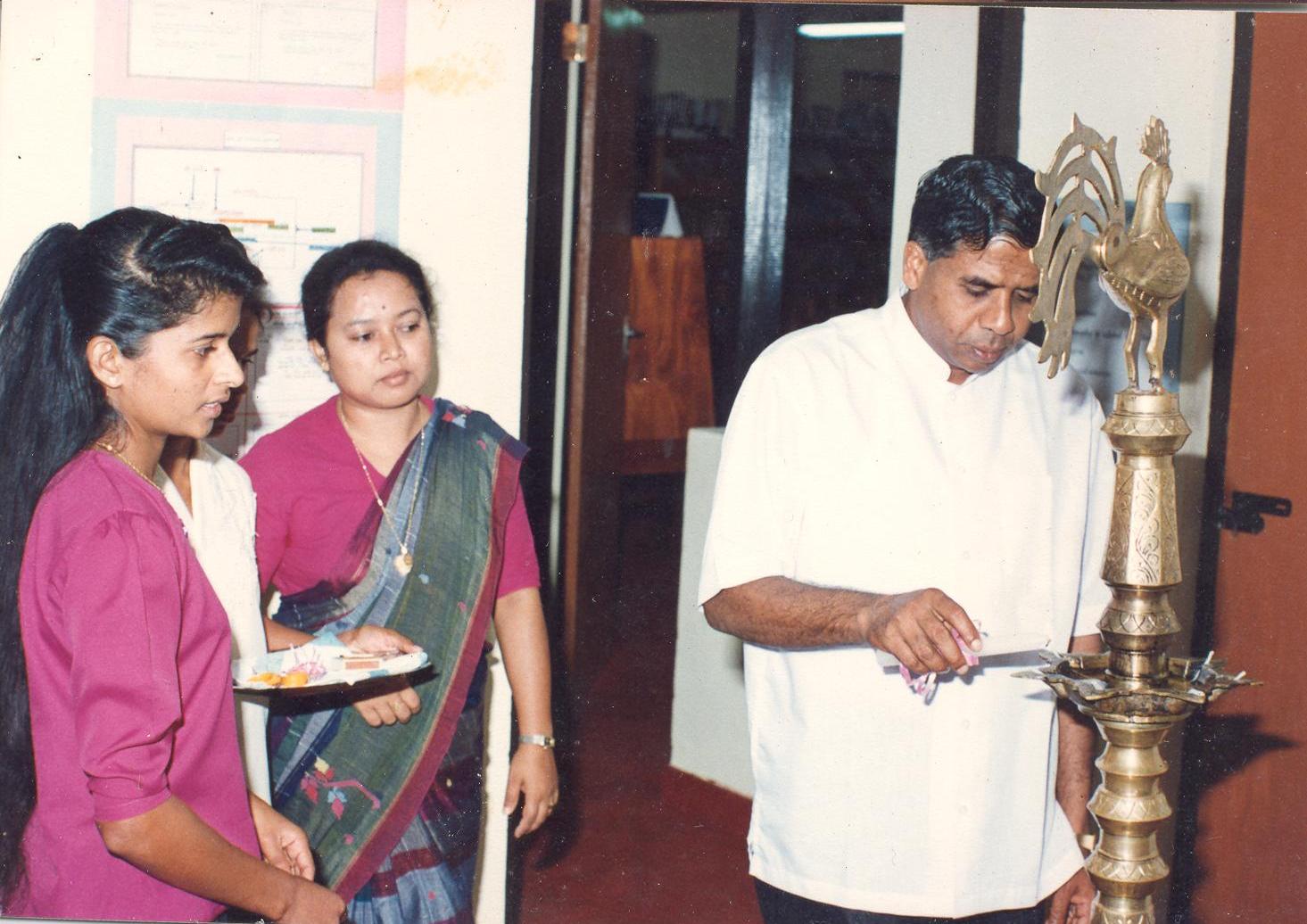 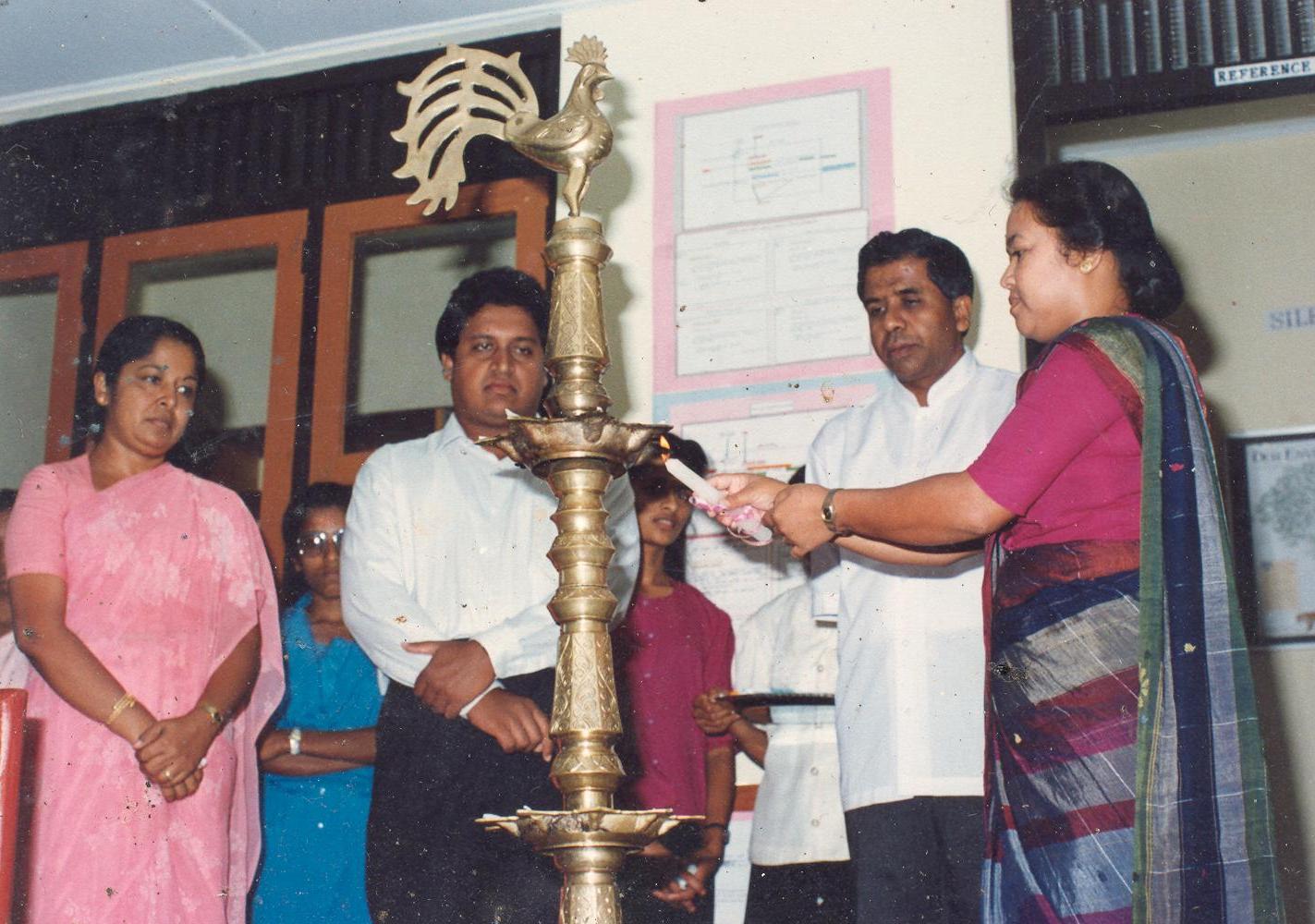 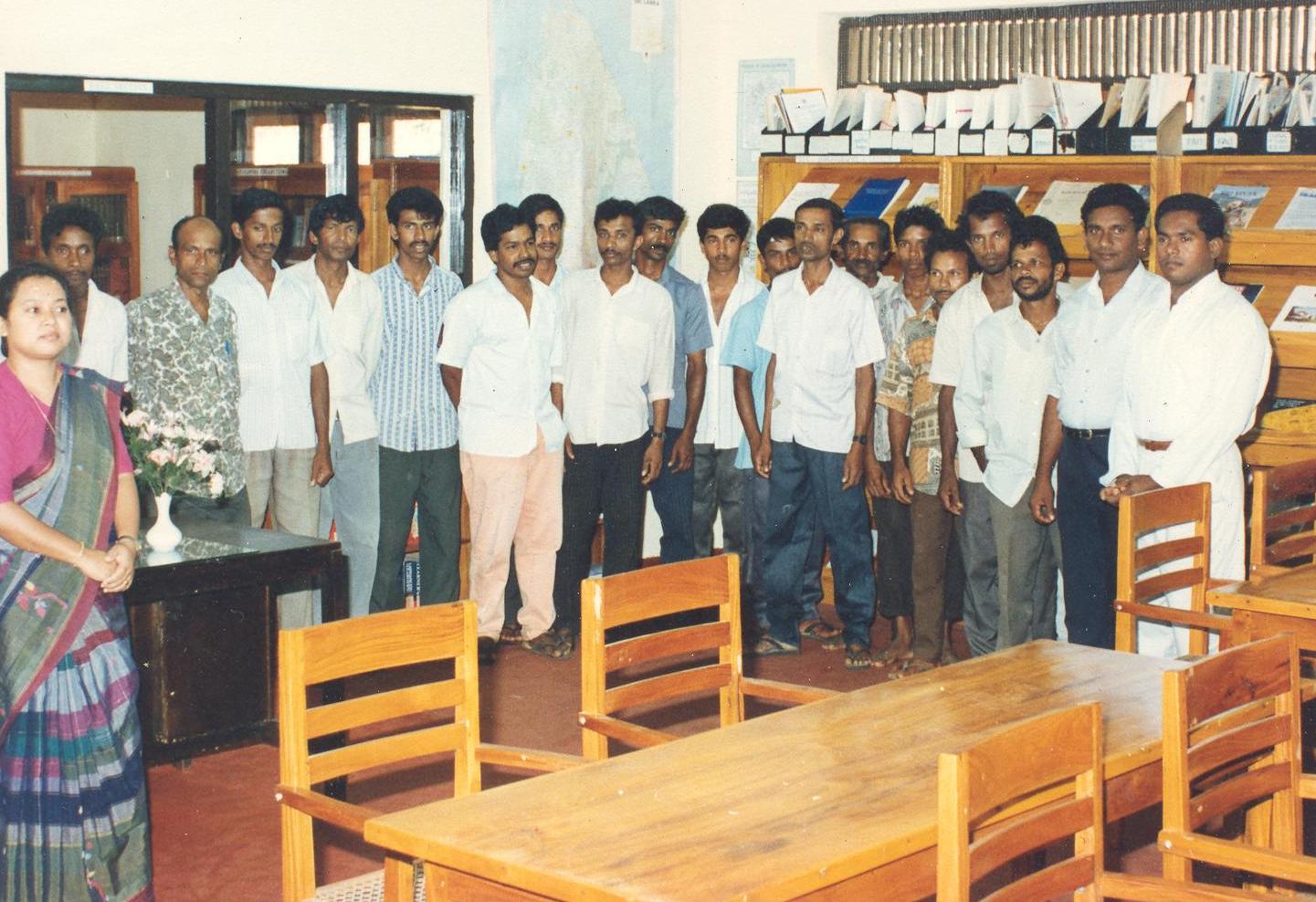 The Sabaragamuwa Affiliated University College was the foundation  to  established the  Sabaragamuwa University of Sri Lanka. Then the Asst. Librarian, Mrs. T.N. Neighsoorei,  who utmost  contributed  by   hard working  to develop the Library facilities  to be par with the other National University level.  Until her recruitment there was no proper Library facilities established. The University had separated two small apartments as Libraries. There was neither professional staff nor relevant books. The collection was 5000 books and most of them were found as donations from Asia Foundation. There was no proper furniture for Library use. No policies or rules, adopted to the Library services.  After Mrs. T.N. Neighsoorei was appointed, she initiate to lay the foundation stone for a new Library building by the then Prime Minister, Hon. Mr. Ranil  Wickramasinghe  on 16th   September 1993. Then, the University temporarily designed three library buildings for Reference, Periodicals and Lending service by (80 x40 sqf) at the Central place of the premises. The book collection was developed up to 37,440 on 1996. Mrs. T.N. Neighsoorei, initiated some Library rules & Regulations, Policies etc for smooth running  of  the Library.  Then the university established Faculty Libraries at the Applied Sciences at Buttala premises and the Agriculture Library at Rahangala premises with the responsibilities of the Asst. Librarians. Mr. I.M. Nawarathna appointed as Asst. Librarian on 1st July 1996 at Faculty of Applied Sciences Library, and Mr. W.W.K. Lalith was appointed as Asst. Librarian on 1st  July 1996, at Faculty of Agriculture Library. Then a separate Library building was established on 15th   September 1995 as the Central Library of the Main Campus at Belihuloya. However, the University identified the insufficiency of space at the library and then again in 1998 built two store buildings adjoining the library with students’ reading room facility.

In 1996 the then Government decided to promote the Affiliated University Colleges to National University level. Therefore, the former President appointed a Commission to conduct a survey on this and report. Finally the Commission approved to convert the Sabaragamuwa  Affliated University College of Sri Lanka to a National University. It has established as the 12th   University in Sri Lanka accordingly. It was established under the Universities Act No. 16th   of 1978 on 7th   November 1995 and ceremonially inaugurated on 2nd  February 1996 by the late President, Prime Minister Hon.Mrs. Sirimavo Bandaranayeka. The Prof. J.W.D. Somasundara appointed as the first Vice –Chancellor for the Sabragamuwa University of Sri Lanka. He was given the fullest support to develop the Library.

Mr. A.R.M.M. Rathnayake was appointed as the Assistant Librarian on 01st Nov.1996 and he served for the Central Library since then. In 2004, Mrs. T.N. Neighsoorei, appointed as the Librarian for the Sabaragamuwa University of Sri Lanka after her dedicated service to the University. In 2001, the Library at Faculty of Agricultural Sciences was shifted from Rahangala to Belihuloya  and established it  at Kinchigune , Belihuloya which is one kilo meter ahead from the Main Campus. On March 2008, the Library at Faculty of Applied Sciences also shifted to the Main Campus at Belihuloya from Buttala  and established within the Central Library which had the dearth of space. Mr. P.K.C.Manjula Wijewickrama appointed as the Asst. Librarian at 2007 for the Main Library to  automate the Library services. On 2016 the  University promoted  for Dr. Lalith Wickramanayake,  as the  Deputy Librarian. The rest of the Asst. Librarians time to time  promoted as Senior Asst. Librarians according to their service.

Now it has a collection of 81518 of book at the Main Library. From 1992 to 2010 the library catered for Diploma holders and after 1996 up to now it has been catering to Undergraduates, Post Graduates as well as  Research personnel mainly.